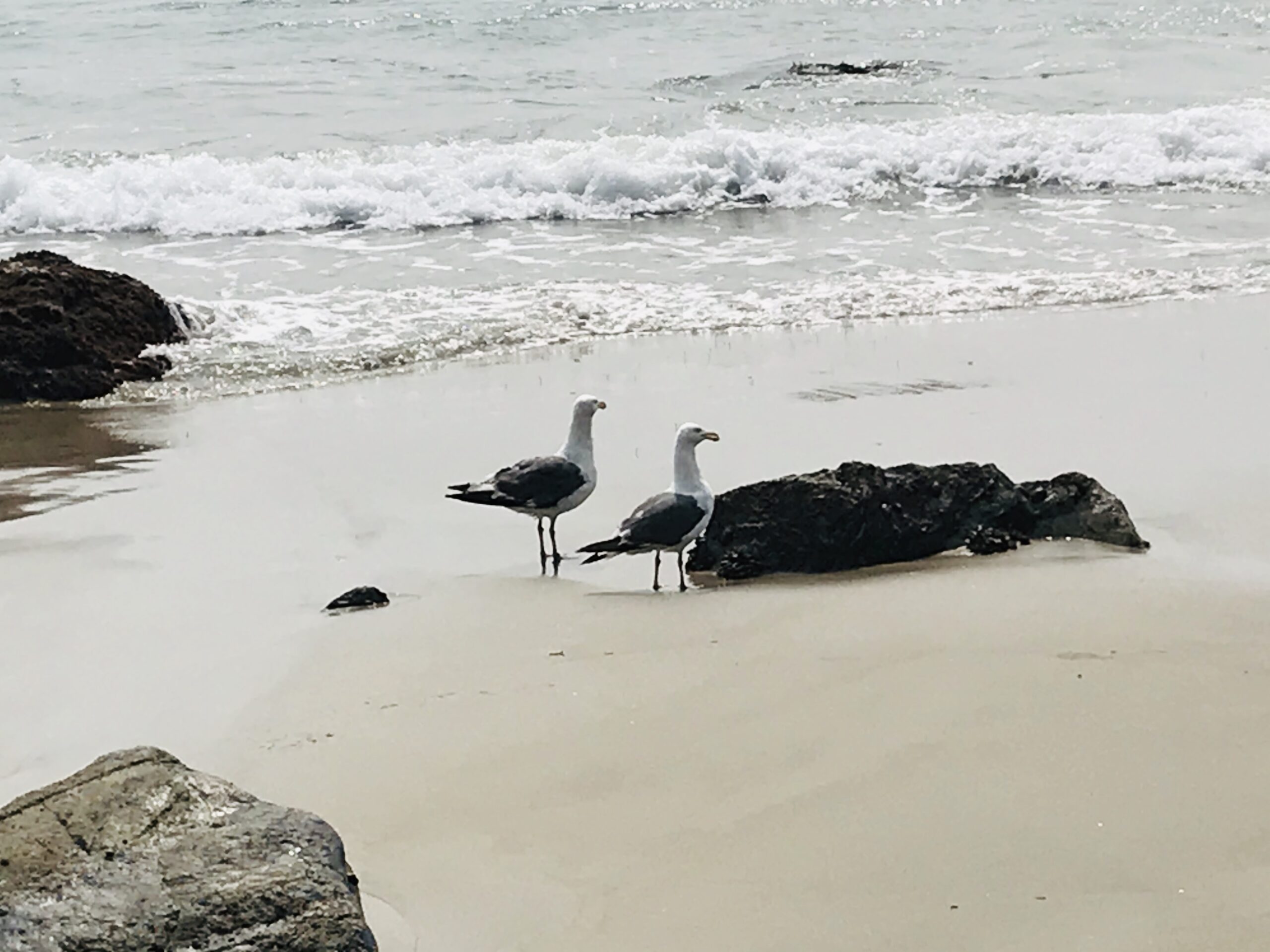 Creative people, such as writers, ask “What if?” but the question can go in positive and negative directions.

For example, even in a clichéd version of a romantic comedy, the screenwriter might ask “What if the protagonist misses the bus to work and has to walk? What if he stops at a bakery along the way (a bakery he would have never found if he hadn’t missed the bus) thinking, “If I’m going to get yelled at by my boss for being late, I may as well get a ‘bear claw’ out of it.” What if he opens the door to the bakery and sees “the woman of his dreams” working behind the counter?  What if he “chats her up” by throwing out clever, prepared lines to appear cool but she’s not impressed.  What if, on the way out the door, he struggles to open it and the door knob comes off in his hand?*   What if she laughs and he shrugs his shoulders as if to say “Oh well, I’m human?”  What if she, touched by seeing a vulnerable side of him, responds with genuine interest?  What if he turns around and walks back to the counter? What if, in the process of talking with her more sincerely, he asks her out and she says “yes.”  What if, when he gets to work, his boss yells, “Dude, I’ve been lookin’ for you!” Our protagonist drops his head, thinking here comes the lecture about being on time.   But his boss says, “Man, I had the greatest first date of my life last night. And can you believe it?  She works right down the street from my house at a bakery.”

Even in this clichéd version of a romantic comedy, the creative screenwriter’s “What if?” questions go in positive and negative directions with twists and turns in the script, evoking positive and negative emotions in the protagonist and the audience.  In a screenplay, the “What If?” questions often climax in a positive ending or a new understanding the protagonist has about him/herself or life.

A person who obsesses, by contrast, persistently asks “What if?” questions that head in only negative directions, evoking negative emotions such as anxiety and self-punitive anger (anger turned toward the self). These “what if?” questions often end in imagined catastrophe.

For example, an obsessive person, in real life, who misses the bus to work, might think, “I’m late for work. What if I get fired? What if I can’t find another job and I can’t pay the rent? What if I get evicted and I’m out on the street, penniless, and alone?”  The person who obsesses usually suspends reason for the period of time his mind is running up an anxious spiral staircase.

An obsessive thinker might repeat the negative “What if’s?” over and over in his head, as he hurries to work. Along this mental journey to catastrophe, he will most certainly beat himself up with negative self-talk: “Why did you leave for work at the last minute? Now look what you’ve done!”

Obsessions are thoughts and compulsions are behaviors. Compulsive behaviors (such as excessive handwashing, counting, repeatedly checking the door to make sure it is locked) are meant to reduce anxious, obsessive thinking but they only increase the frequency, duration and intensity of obsessive thinking.

Obsessive thoughts (and sometimes their associated compulsive behaviors) are defining symptoms in a variety of different anxiety-based diagnoses, such as generalized anxiety, OCD and OCPD (obsessive-compulsive personality).

The book “Feeling Good,” by David Burns, is mainly written about depression; however, the advice is applicable to anxiety, too.  “Catastrophizing” (illustrated in the example of obsessive thinking above) is further described in this handbook of cognitive-behavioral therapy.

Some helpful books which directly address anxiety include “The Worry Cure,” by Robert Leahy, and The CBT Workbook for Perfectionism by Sharon Martin.

The “What if?” question can be a superpower if used creatively but kryptonite if used obsessively.

*Footnote: (I’m told the “door knob coming off in someone’s hand” may have occurred in an episode of the sitcom “Cheers.”)

A blog is not a substitute for direct treatment of mental and physical health issues.  It is merely an opinion which may prompt you to attend to symptoms with licensed mental health and physical health professionals.  It is based on Mike Fatula MS, LMFT’s experience doing telehealth video/phone counseling and his experience doing in-person counseling in his Los Angeles offices.

For more information on the author of this blog, Mike Fatula, MS, Licensed Marriage & Family Therapist (15257), please visit his website at mikefatulatherapy.com.

No people depicted in pictures on this website/blog are now or ever have been counseling clients of Mike Fatula, MS, LMFT. The photos include models from licensed graphics sites and other sources which granted permission for the use of their photos.